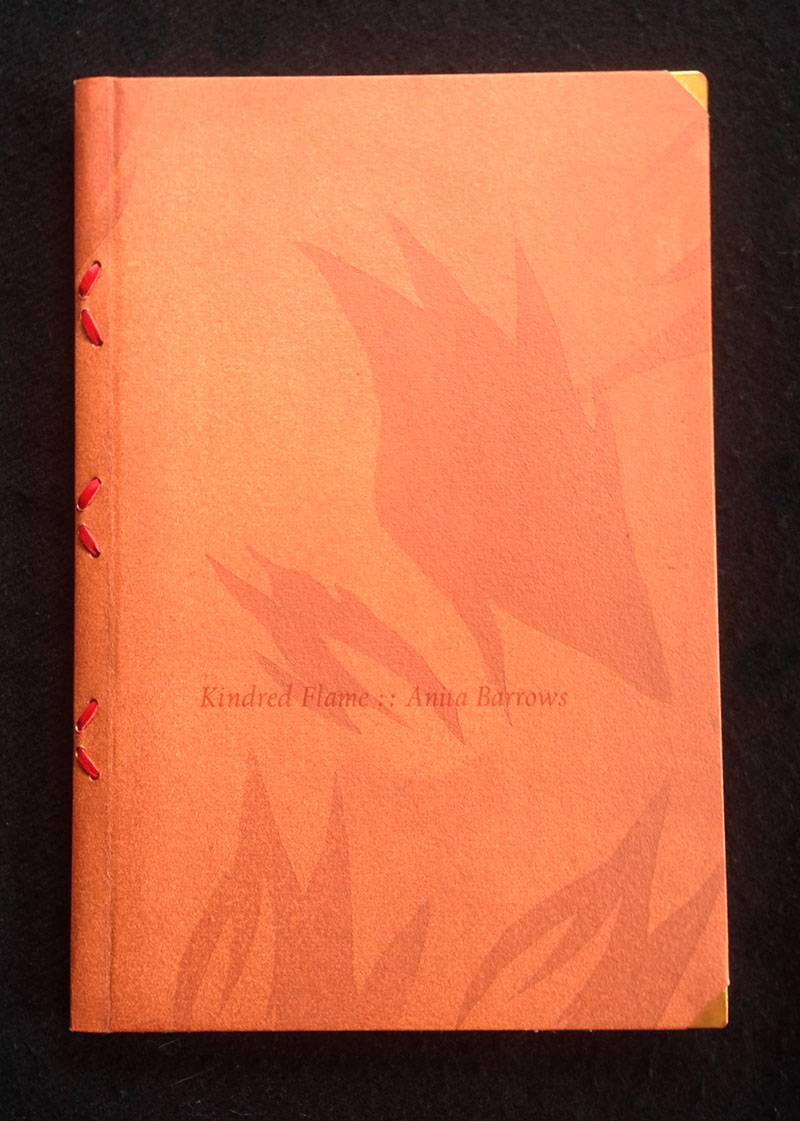 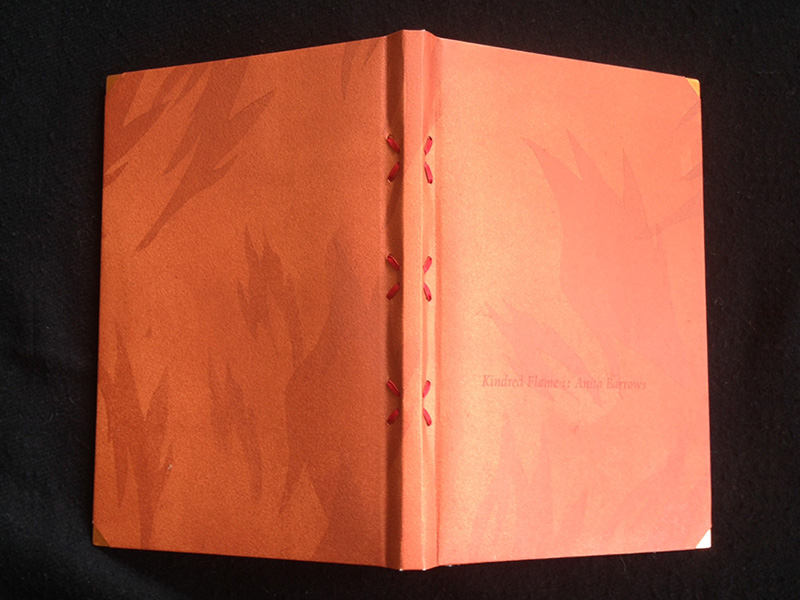 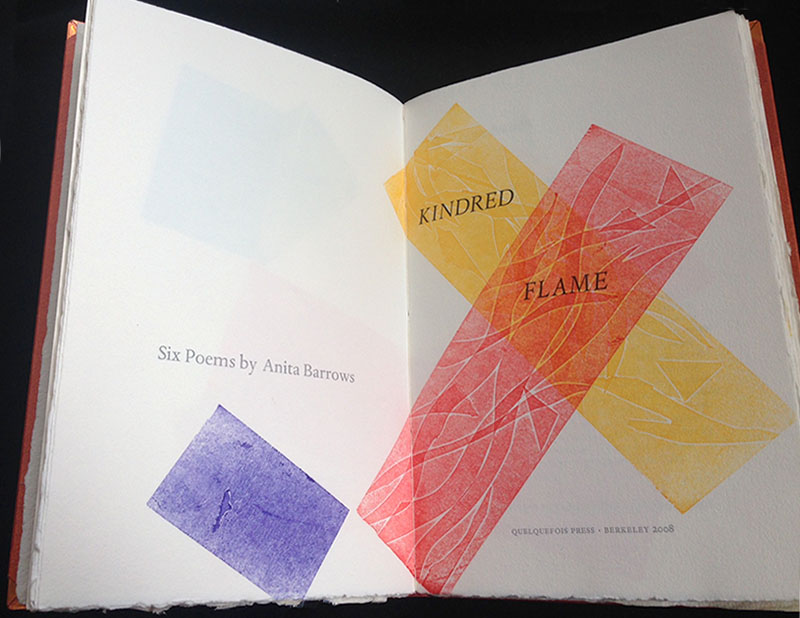 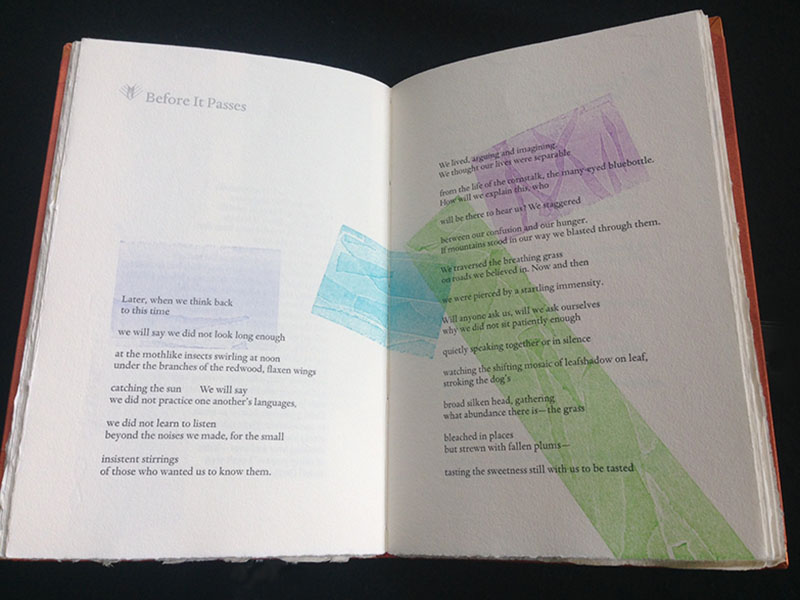 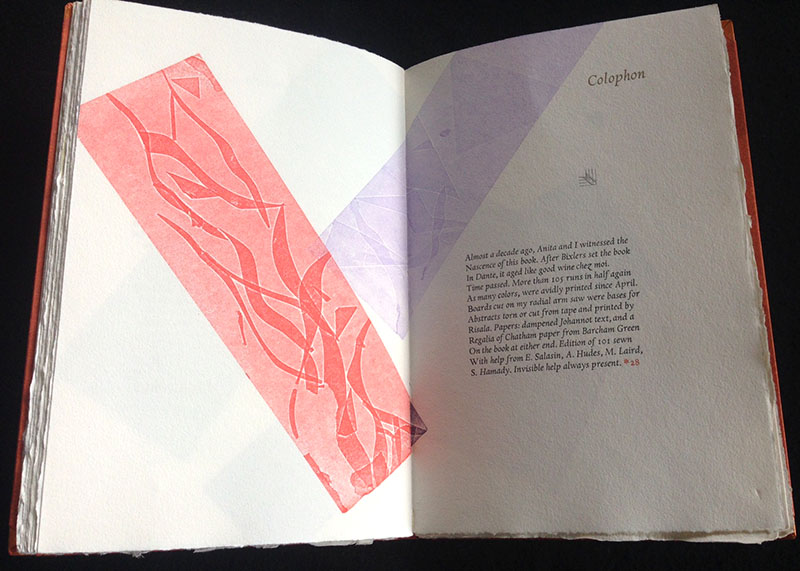 Finalist in the Carl Hertzog Book Design Competition for 2009.

Over ten years have flashed by since I first asked Anita for poems. The Bixlers set them during the first year. I was busy working to finish other books, got side tracked and so on. Life interrupted art, so to speak.

Here’s Anita from the intro:
“It was not until Mary Laird set these poems in type and showed me the book they might be that I realized that the central image recurring throughout the collection was flame. As I write this, I am acutely aware of the flames that threaten, in so many forms, to destroy our world. But there is also the searing, purifying energy of flame, which, as it did for Dante climbing the mountain of Purgatory, demands that we challenge our comfort and our fears; and there is the light that exists within all beings and which, in many traditions, is understood to be lit from a single flame.

At a moment of great transition in my life, I dreamed I was handed a bowl of water on the surface of which was a living flame. My task was to hold the bowl, as I moved through my days, carefully enough so that the flame would not be extinguished. But the dialectical nature of flame asks also that we confront Tagore’s line, “Evidently the only way to find the path is to set fire to my own life”…that sense in which there are things, within us and outside us, which we must burn so that a more deeply creative and authentic way may be revealed. We are continually called to distinguish between that which must be preserved and that which must be transformed by some process initiated by destruction. All authentic relationship demands that choosing, as does all development and, indeed, all revolutionary change.“

Copper corners, Barcham Green Chatham endpapers and cover papers. Covers lined with Masa, then hand-stenciled on Chatham side. 105 runs in the book.

Each page has abstract woodblocks. Anita’s poems move from conscious plane to invisible plane and back, spiraling between worlds.

Laced binding based on one of Priscilla Spitler’s. I had to deconstruct her book in order to figure it out! Sewn on double cords with red kangaroo laces from Australia.